Of essential/popular vitamins, minerals and cofactors in supplements including daily values.

Sorry this is last minute notice but I found out today about this very important legislation that will affect thousands of mom and pop shops and your yard sales around Rochester and in Monroe County!  We are trying to get as many people to show up and make your voice herd on this abusive legislation.

The proposed law would require dealers to get a license from the county and would apply to any Monroe County community without preexisting ordinances regulating secondhand dealers. It’d also require dealers to photograph any item they purchase

Several times NY State legislative houses have tried almost the same law proposal and it failed. Why? It was an impossible law that was
1) not enforceable by police agencies
2) a burden to police agencies – in this case it would be the Sheriff’s department
3) poorly defined the people to be covered under the law
4) poorly defined the merchandise to be covered under the law
5) created undue financial burden on small business owners – in the current proposal that’s $250 per year
6) created impossible reporting requirements that would in effect make criminals out of the business owners who must report

Nothing has been resolved in the Monroe County proposal to fix any of these problems. It will not solve crime nor help in the recovery of stolen goods. It will cause businesses to close thereby affecting a net loss to retail sales tax coming into the county.

Anyone who sells “some old jewelry” will be affected by this proposal. It is imperative to speak to your county representative about the failings of the proposed law. And plan to attend the hearing on December 10 and speak to the Legislature.

They say those dusty shelves could contain that DVD player, Xbox 360 or digital camera that thieves took from your home.

Even though some mom and  shop owners say they don’t want to stock stolen merchandise, it often cannot be avoided. That’s why Rochester wants to make finding such loot easier by imposing more rules on second-hand stores.  But what is is going to do is put more regulation and burden on small business and essentially put people out of business who can not afford to pay the taxes and fees for having yard sales or flea market sales.

The rules would subject the stores to impromptu visits from police to see what goods they have. The businesses also would be required to ask people selling or pawning items to provide a state driver’s license or passport as identification.

Store owners also would face fines for not regularly reporting what merchandise they take in, or if they don’t ask for the required information from sellers.

Such changes will not only make the hunt for stolen goods harder, but also will help discourage stores owners from hiding hot merchandise under the nose of law enforcement.

“Right now we don’t have the ability to go in and take a look at these things,” said, the city police department‘s lead crime analyst, who requested the new ordinance. The City Council has discussed it, but has yet to vote on the measure.

“If stores are purchasing stolen property, they’re not going to record it,” Meehan said. “It limits our ability to follow up.”

Four second-hand dealers and a scrap yard currently fax to police lists of the items they purchase and the names and addresses of the sellers. Despite the ease of selling on the Internet, such stores still exist — and also often sell their wares online.

But the stores often accept other forms of picture ID, such as those used to obtain government assistance. And handwriting on faxes can be incomplete or illegible, Meehan said. A new e-mail system or Internet site will be devised to receive the information costing taxpayers more money to run big government bondage police.

Police say the ordinance also will include a new definition of second-hand dealers that will include places like jewelry stores that buy gold jewelry and shops that purchase and sell used cell phones. They say the new rules would not apply to things like garage and tag sales or used clothing and book stores but don’t believe them they are always caught lying to we the people.

A proposed county law to regulate pawn shops, secondhand dealers, and jewelry and coin exchanges will advance to a vote by the full County Legislature.

to resell, and to submit that photo to a database operated by the sheriff’s office. Dealers would also be required to hold items for 14 days before selling them.

Join SPHSP on our Google+ page 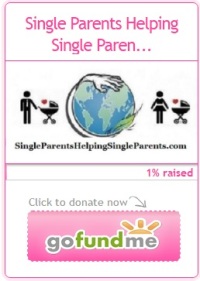 This is the last opportunity you will need to take advantage of ever again.

This WordPress.com site is the bee's knees

Life, Death and all between

Welcome to an expanding worldview

phi in the sky

an objective view from the volcano

Wit, Wisdom, and Whimsy. (your mileage may vary)

DivineAim - The Ultimate Quest For Knowledge
Mother in the Jungle

Under the influence of Chocolate and a child

A Dad trying to cope with the loss of his Partner and becoming a single parent.

My Journey As a Single Parent

Family Life of a Single Parent

Tales and ramblings from a Single Dad with Chronic Illness.

Tails Around the Ranch

Adventures of a pet therapy dog and his Ninja sister